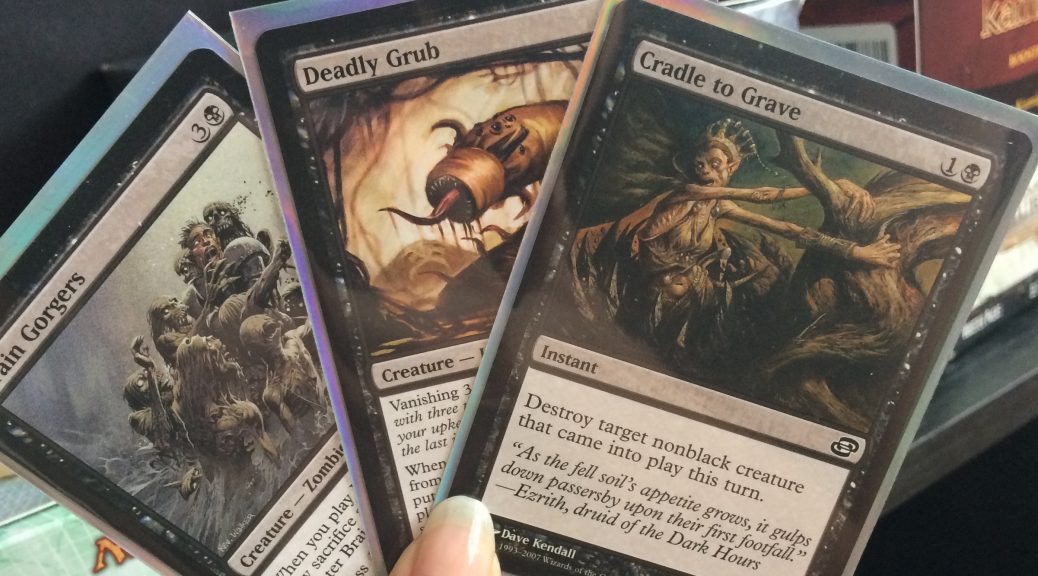 Since the debut of this popular game in 1993, it has gone from strength to strength in terms of popularity and it is now become an international sensation. This means that the game is being played more and more and the demand for cards is going higher and higher. There are a number of cards out there, of different categories and are all prized different. Outsiders look in may dismiss these cards as not being that valuable but are they right? Are this cards worth anything going into 2019? That is where this article comes in and will look to answer this question.

One of the main things that contribute to making some of these Magic the Gathering is the production numbers of a given set of cards. Those cards that were produced early on when the game had just come out had extremely low production numbers which makes them very rare in the market and means that for those who are in their possession and are looking to part with them, you will find that they are very much highly valued among the Magic the Gathering community out there. If you have cards that are rares, mythic cards and foil cards then these ones can get quite valuable as compared to the others. This is because these cards specifically are not many in the card packs. In a 15 pack card for instance rares, foil cards and mythic cards are usually one each and this means when looking to trade this cards can get quite lucrative as you will find the demand for them is quite high.

It is not something that we like to accept but people like things that are outlawed. This in return leads things that have been banned to become quite valuable and this is no different to a bunch of Magic the Gathering cards that have been put in a ban list as they were overpowered and unbalanced and really made the game play not that enjoyable. These cards as can be expected are not that many and their rarity has help make them quite valuable. The fact that they are on a ban list makes them extremely attractive to have as a memento especially for avid players of the game. As an example, the Timetwister, which is part of the cards on this list is extremely rare and can fetch as much as $1800.

Earlier on in the game’s inception when the game’s developers were still finding their feet, there were mistakes made especially in the printing of the early cards. Some of these cards typos like misspelled names, the wrong listing of the kind of mana needed to play those cards as well as missing power and toughness scores. Once the developers found their feet then these mistakes were eliminated. However, the earlier cards that had these mistakes ended up being quite valuable among players which was a pleasant surprise. This is because players wanted to get their hands on this extremely rare cards. An example of such a card is the Volcanic Island card which had a number of glaring mistakes on it, key of which is that it wasn’t even in the set that it was appeared to appear in. this contributed in making this card extremely valuable. The limited edition beta version of this card for instance can be valued at up to $3000.

Going back to gameplay, pure Magic the Gathering players will be happy to find out that there are cards that are actually very valuable purely due to the sort of damage they can mete out to opponents. This is at the heart of the competitive nature of the Magic the Gathering game and means that if you have in your possession a card that can be quite lethal to your opponents in a gaming situation then you might want to find out just how valuable it is, that is if you want to let go of it, although why would you want to do such a thing? An example of such a card is the Black Lotus which, it can be argued, is arguably the biggest card in the game and certainly the most valuable. This is because this card gives you three mana of any color. This allows players to be able to pull a far more powerful card at earlier turns than is normally possible. This card is banned in almost every format of the game with Vintage being the only exception. It is however so rare that it is unlikely to be played anyway. All this put together makes it extremely rare and therefore, very valuable to players, with an original Black Lotus costing as much as $250,000.

As you can see from the above discussion, Magic the Gathering cards are indeed worth a lot and this is likely to remain the same going into 2019 given they will be even rarer. For more on this and much more ensure you visit mtglion.com.

Why you should write your own provisional patent application