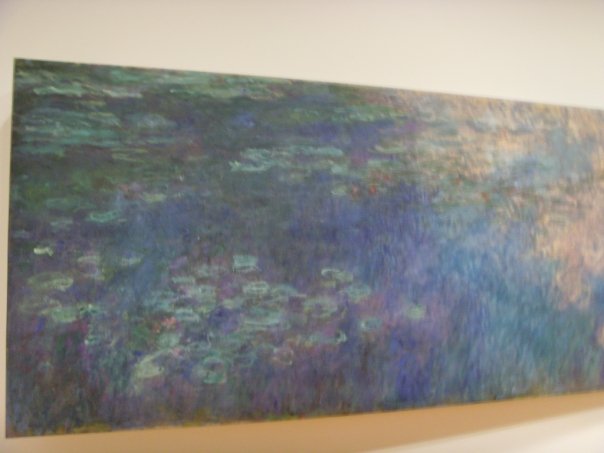 Shark Tank has over the years grown to be one of the most popular and most watched television series around. It is a show where budding entrepreneurs are given the chance to present their ideas to the sharks and try to convince them to part with their own money in exchange for a stake in their companies. The sharks are giants in their field and are self-made. This article will look to shine a light on some of the Tank’s 10 best pitches ever.

This product was presented as the only portable breathalyzer for the smartphone market that was not only inexpensive but was also practical enough for users to take with them on a night out. It was pitched by Michael Yim on the second episode of season 5 of shark tank with Yim initially seeking $250,000 for a 10% equity stake in his business. His pitch was very impressive as he had a great grip of his numbers with great sales and an attractive presentation structure. In fact, his presentation was so impressive that he managed to convince all the five sharks; Mark Cuban, Kevin O’Leary, Daymond John, Lori Greiner and Robert Herjavec, to come in for a whopping $1 million for 30% of his company.

This was a pitch by co-founders Brad Schultz, Aimy Steadman and Justin Fenchel on the 26th episode of season 6. The product in question was their neon-colored, boxed fruit wine company and they came into the tank seeking $250,000 for 10% of their business. After a going through their numbers and history of how they formed their business in Austin Texas Mark Cuban is impressed enough to offer $600,000 for a third of the company. Fenchel though being appreciative of the offer says that the amount offered is not enough for the equity being sought and instead counters with $1 million for the same equity and Mark Cuban accepts, they shark hands and the deal is done.

On season 3 episode 7, Dallas Robinson and Mike Buonomo pitched their product, a very innovative lip balm product that comes in two compatible flavors which creates a chemical reaction between two couples or non-couples for that matter when they kiss. The product was so good that Kevin and Barbara ended up smooching. They came in looking for $200,000 for a 20% stake but ended up getting a deal with Mark Cuban for $200,000 for 40% of their company.

Heath Hall and Brett Thompson pitched their signature barbeque sauce on the 6th episode of the very first season of shark tank which had just earned 2nd place at the National BBQ Battle held in Washington, D.C. By telling the sharks that they had hard copy orders worth up to $30,000 they managed to grab their attention. They came in seeking $50,000 for a 10% stake in their company. They ended up shaking hands on a deal with Barbara Corcoran worth $50,000 for half the company a great deal as the company exponentially.

This innovative product was a hands-free umbrella that also had a heater. All you had to do was strap it on to your body and it will protect you from the elements and it would also heat you up from chili conditions. It was pitched by Alan Kaufman on the 10th episode of the first season who came into the tank looking for $200,000 for a 25% stake and with him having sold 3,000 of them in over 30 countries before coming to the tank he was bound to grab the attention of the sharks. In the end he ended up getting a deal Kevin Harrington and Daymond John of $200,000 for 51% of the company

Pitched by Rebecca Rescate on the 8th episode of the 2nd season in which she revealed a system she had created to train cats on how to use an actual toilet instead of a litter box. Despite the fact that her entire operation was a one-woman show she had managed to make $225,000 in sales from the previous year. She came in seeking $100,000 for a 15% of her business but immediately Mr. Wonderful who is not a cat person goes out soon followed by Daymond. She soon receives two offers from Barbara and Harrington with Harrington initially offering $100,000 for 40% but after some good back and forth they end up shaking hands on a deal of $100,000 for 20% of the company.

On the 15th episode of season 3 of Shark Tank Phil Dumas walked into the shark tank with his revolutionary smartphone-activated lock system seeking $500,000 for 33% of his company. Phil explained that he was working on a licensing deal with Black & Decker with the aim of getting his product to market at between $149 and $199. He ends up getting two sharks to come in together on a deal. Mark Cuban and Kevin O’Leary manage to strike a deal worth $500,000 for 40% of the company as well as two seats on the board of directors as long as they will be able to help land a major licensing deal.

Rick Hopper the founder of this business explained, on the 6th episode of the 3rd season, how he kept losing his glasses leading he to create a device that would keep them on at all times. He actually walked in with a stumble and fell over himself which helped show how his product worked more than any words ever would. He came seeking $150,000 for a 15% stake and with $65,000 in sales in a market-test and with a utility patent and registered trademark it was only a matter of time before the offers came. However, Daymond, Kevin and Robert all went out leaving Lori who offers Rick $150,000 for 65% of the business. He is initially reluctant to lose total control but when Mark who was silent also goes out he eventually takes the deal.

This popular product by Aaron Krause was well presented by a clearly well prepared and confident Aaron who came in seeking $100,000 for a 10% stake in his business. The product itself is pretty cool as it is a scrubbing tool that changes texture by adjusting the temperature of the water which saturates it allowing it to adjust from soft to hard depending on the job at hand. It also has a smiley face design that enables it to deep clean silverware and glasses easily. Apart from Robert and Mark who go out his product triggers a shark feeding frenzy. He eventually strikes a deal with the queen of QVC for a deal worth $200,000 for 20% of the company.

This was one of the most extravagant pitches ever on shark tank as the Brian Lim the CEO and Founder used a giant cartoon headpiece and a light show to show how gloving is a hot up and coming sport which features dancers who wear lighted gloves and perform with their hands. Brian ask for $650,000 for 5% of his company and explains his numbers which include an impressive $13 million in sales over 4 years and that he is on track to hit the $5.5 million mark on sales that year. Robert even referred to him as probably the most impressive interpreneur to walk into the tank. He ends up doing a deal with Mark and Daymond with Daymond taking a licensing commission of 20% for $650,000 and no equity while Mark Cuban gets 5% equity for $650,000.

The above are some of the most impressive pitches ever to be made on Shark Tank but there are many more that were equally as impressive and for more on them you can always visit mtglion.com and bitgale.com

Where Yu-Gi-Oh Tournaments are – Yu-Gi-Oh near me